HPSSC Hamirpur result Surveyor Himachal Pradesh Staff Selection Commission today declared the final result for the recruitment of 66 posts {General(UR)=29, General(BPL)=05, General(WFF)=02, General(WEXSM)=04, OBC(UR)=07, OBC(BPL)=04, SC(UR)=08, SC(BPL)=03, ST(UR)=03 & ST(BPL)=01} of Surveyor (on contract basis) Post Code: 630. The requisition to fill-up these posts were received from the Engineer-in-Chief, HP PWD and advertised vide advertisement No. 33-2/2017 dated 08.09.2017. Based on the merit of Written Objective Type Screening Test held on 10 the July 2018, 166 candidates were called for the evaluation process on government notified parameters which were conducted on 25.10.2018 & 26.10.2018. The Commission has compiled the final result of 66 posts of Surveyor (on contract basis) Post Code: 630.. The candidates bearing the following Roll Numbers have been declared successful:-

04 posts {General(WXSM)=03 & General(WFF)=01} remained vacant due to non availability of suitable candidates. 01 post of General(UR) kept vacant due to the pending court case. The marks secured by the candidates have also been shown against their roll numbers. The result is also available on the official website of the HPSSC, Hamirpur. (http://www.hpsssb.hp.gov.in). While every care has been taken in preparing the result, the possibility of inadvertent error cannot be ruled out. The Commission reserves the right to rectify the same later on. 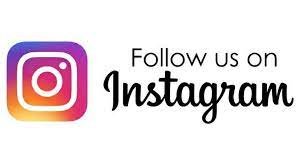